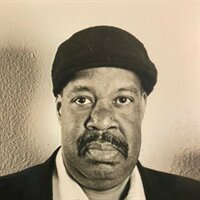 Leonard Maurice King, 61, was born in Fayetteville, NC. He was raised in the town of Spring Lake in Cumberland County before moving first to Sacramento, CA then to Phoenix, AZ, where he worked and raised his family. He departed this life on February 14, 2021. As a husband, father and grandfather, he was full of life and enjoyed conversations about sports, current events, life goals and everyday challenges. He tried to pass along helpful advice. His beloved son, Maurice Ivan, remembers him as strict but fair; always seeking to bring out the best in people he interacted with because he understood it had an incredibly positive impact. He saw himself as a protector within his family. He maintained his rebellious streak throughout his life and was known affectionately by some as "the traveler." He will be greatly missed by his son, Maurice Ivan King (Maria), three grandchildren; brother, Wilbert D. King, Jr. (Erma) of Apex, NC and sister, Willetha King Barnette of Durham, NC, daughter Annette Lopez, as well as several nieces, nephews, cousins and friends. He was preceded in death by his parents, Wilbert D. King, Sr. and A. Ruth Jackson King, his sister, Cynthia King Cuttino, and his wife, Margarita King. Memorials are suggested to the . Online condolences can be given at www.samfhaz.com.