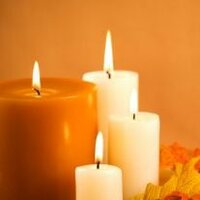 Debra Ann Johnson was born in Chicago, IL on June 12th, 1961 in Chicago IL. She was the second of 5 children. Her parents; her grandparents; her daughter Carmela Jackson, her aunt Ernestine Mangum, uncle Richard Bowie, sister Renee Michele Johnson, two brothers Kirk and Michael Johnson all who has proceeded her in death. Debra went to Bertharte Junior High along with attending Fremont High in Los Angeles, CA. Later Debra moved from California to Glendale, AZ where she persuade a career as a Nurses Aid with achieving a Med Tech certificate she worked until her health began to fail. Debra had mad love for her family, she enjoyed family time along with her closest friends whether it was just sitting around talking about the background where she came from, hanging with her girlfriends/sisters or just enjoying the presence of her grand children and great grandchildren. Debra loved to cook for her family, she was a comedian loved to laugh and set you straight all in the same breath. Debra was a huge "LAKERS" fan and "GREENBAY PACKERS" fan. Debra also had a niche for beauty care makeup, nails, lashes, etc. Debra went home Friday, May 7th, 2021. Leaving to cherish her memories: A brother, Maurice Johnson of Glendale, AZ; Six grandchildren Devin, Desmine, Devontae, all of Phoenix, Arizona; Destini, Dynasti, and Dominique all of Chicago, IL. Eight great grandchildren Cayden Lee, Carmelo Lee, Cali Rose Jackson, Mason Wallace, Calil Jackson, Calia Jackson, Lamia Lord, all of Phoenix, AZ and Cai Jackson of Chicago, IL.; DJ Bunton, Myrie Bunton, all of Phoenix, AZ. One aunt Regina Johnson of Phoenix, AZ and a host of nieces, nephews, cousins and friends.