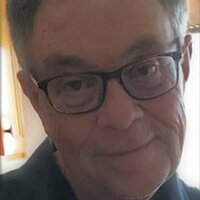 Richard (Rick) Lee MacDonald, Jr, 70, of Phoenix, AZ, passed away in Scottsdale, AZ, on November 1, 2021. Raised in Kansas City, MO, by Richard and Mary Lee MacDonald, Rick was one of six children. After graduation from Southwest High School, he attended Missouri State University in Springfield. While there, Rick joined the Eta Kappa Chapter of Sigma Chi Fraternity and enjoyed the steadfast friendship of his fellow 'Sigs' throughout his life. Rick's career in corporate finance began in 1981 with CIT Group, later acquired by Wells Fargo Equipment Finance. In 1991, his job relocated their family to Phoenix where Rick was instrumental in designing a unique heavy equipment manufacturers finance program. Along the way, his work ethic led to numerous national and regional sales awards and, in 2010, Rick retired as a Senior Vice President. Retirement enabled Rick to pursue his passion for golf. Along the way, he enjoyed courses throughout Phoenix, across Arizona and around the country. Rick was preceded in death by his parents, Richard and Mary MacDonald, and a brother, Michael. He is survived by his wife of 45 years, Kathy, and their two children: Richard Sean MacDonald (Laura Hoffman) and Megan MacDonald-Haglund (Sean Haglund). Surviving family members include three sisters, Marsha MacDonald, Cyndi Dyer, Vicki Watson, and one brother, Steve MacDonald, along with many nieces and nephews. Other memberships included Mountain View Lutheran Church and Whirlwind Golf Club, along with service in the Missouri National Guard, 1971-1977. Rick was quiet and generous; we will forever cherish our time with him. A celebration of life is being planned for 3:00PM on February 6, 2022 at Whirlwind Golf Club, Chandler, AZ. (whirlwindgolf.com) In lieu of flowers, please consider a donation to either: 1) Stand Up to Cancer -- standuptocancer.org 2) Eta Kappa Education Fund -- sigmachimostate.com/campaign/donate/