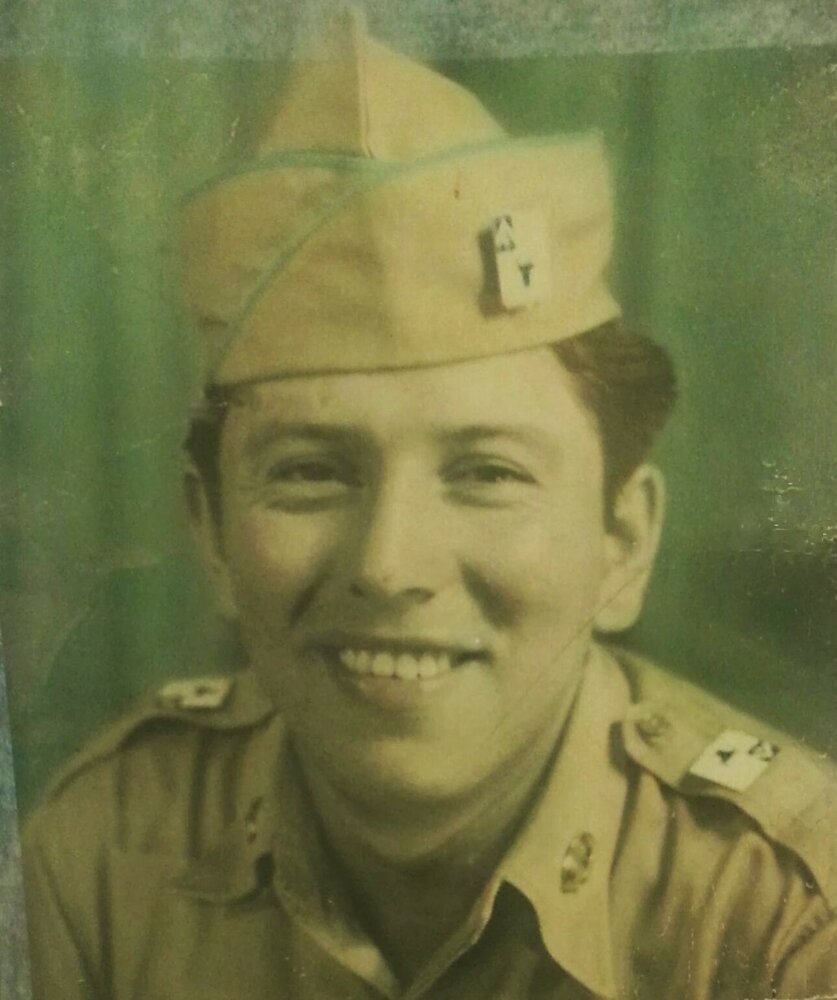 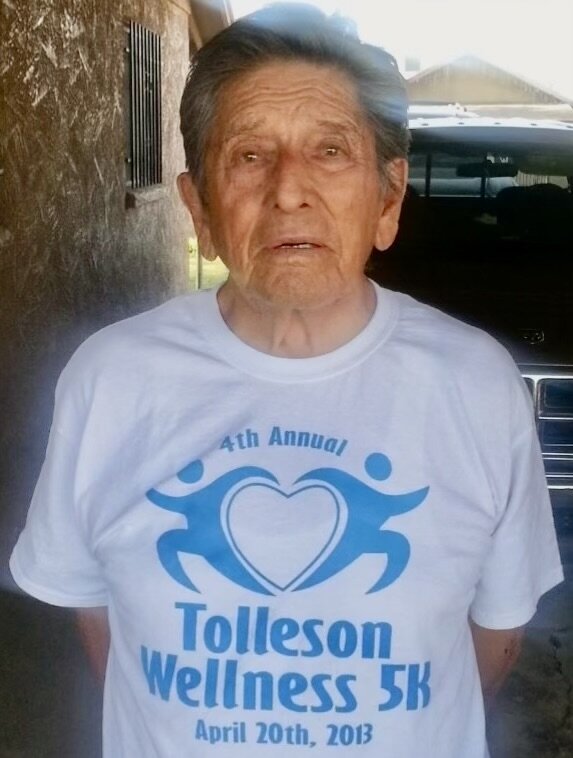 Daniel C. Lomeli Jr. was born in Miami, Arizona on April 22, 1928 to Ramona Chavarria Lomeli and Daniel Lomeli.  His family moved to Tolleson, Arizona when he was two and that is where he resided and raised his family. He passed away on November 6, 2022 surrounded by his family.  Daniel was a proud veteran of the Korean War where he served in the Army  from 1950 to 1952.  He and Consuelo married in 1953.  Daniel attended Tolleson Union High School and later worked as a Manager for Arizona Agrochemical for 30 years until the company closed.  He also worked for the City of Tolleson and Tolleson Elementary School District. Daniel loved the outdoors, working out and he also loved his family immensely. Lomeli family vacations were often extended camping adventures around Arizona in search of the best fishing spots. He worked out every day. His routine consisted of weightlifting and walking which he did up until the last week of his life.  He loved his family immensely and cherished his roles as a husband, dad and tata.  He would do anything for his kids but he truly cherished being a tata. Daniel is preceded in death by his wife of 63 years Consuelo Lomeli. He is survived by his children Mona (Connie) and Frankie (Monica) and his grandchildren Erik, Keanna, Marissa, Aubrey, Daniele, Markie and great grandchildren Erik Jr. and Jonah. A Celebration of Life for Daniel will be held on Friday, December 2, 2022 at 9:00 a.m. at Samaritan Funeral home 1505 E. McDowell Rd. Phoenix, AZ 85006.  A reception will follow from 10:00 to 11:30 a.m then depart for military service at National Memorial Cemetery of Arizona 23029 N. Cave Creek Rd. Phoenix, AZ 85024

To send flowers to the family or plant a tree in memory of Daniel Lomeli, please visit Tribute Store
Friday
2
December

Share Your Memory of
Daniel
Upload Your Memory View All Memories
Be the first to upload a memory!
Share A Memory
Send Flowers