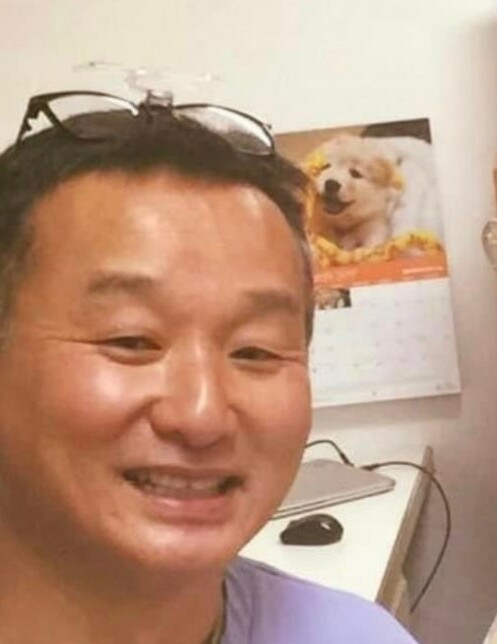 He was born on July 8, 1964, in Seoul, Korea to Chang-ho Ahn and Sam-hee Chun.  From age 4-15 he was raised in Africa.  At 15 he moved to the United States to learn English and go to Highschool in Indiana.  Mike then went to Indiana University Bloomington.  He later graduated and went to Nebraska to start dental school, at Creighton University, where he graduated in 1991, with a D.D.S. (Doctor of Dental Surgery) degree.  He also had a degree in Psychology.  Mike was fluent in Korean, English, and French.

Mike (Dr. Ahn) opened his own practice in Tempe, Arizona in 1998, where he practiced until his illness made him unable to practice, in March 2022.  He was a successful dentist, businessman, and a great boss to his staff.  He loved and treated his staff like family.  He was very honest, compassionate, and a perfectionist with his patients and their dental care.  Many of his patients came to him for 20 plus years.  His receptionist was the glue that helped hold the office together (Maria) and his assistant (Rasha) was his right hand and sometimes his left.  He appreciated them always standing by him on the good days and bad.

Mike loved his children more than life itself, and his wife. His eternal love, as he is hers.  He loved to spend time with his family and friends. He also loved his grandchildren very much.

He liked vacations at the beach and traveling.  He was always planning fun trips for the family.  From small staycations to trips out of the country.  He liked deep sea fishing, tennis, skiing, snowboarding, and bargain shopping.  He had his own target in the garage.  We often laughed, if you needed something, Mike has it.  He liked working out, spending time with his children, watching them in their sports, playing the piano, and listening to his daughter playing the piano.  It brought him much joy and you could see the pride in his face.  He loved to feed people and take care of everyone, even when he wasn’t feeling his best.  Mike was a handyman and did all his own repairs and flooring.  He was constantly surprising everyone.  He cherished his close friends, his family, and he said, “I like the pups a little bit.” (Ha Ha)

Mike battled his cancer (Non Small Cell Cancer) with grace for the past 4 years.  He will always be a hero.  A true example of how love and hope can defeat all odds.  He lived way longer than many that battled this type of cancer.  To know him was to love him.  He never complained.  He put others first, almost to a fault at times.  He was stubborn, kind, loving, intelligent, fun, and generous.  His heart and soul were true and what you saw is what you got.  We wouldn’t have had it any other way.  We will forever miss him and have a void in our hearts and lives, but we know we will see him in our children and all he left behind.  He is now without pain.

Mike was a cherished and loved husband, father, uncle, brother, son, friend, and dentist.  He will be missed beyond measure by so many.  Especially by his wife and children.  No one can ever take his spot in our hearts.

Sung-il (Mike) was proceeded in death by a sister that passed at birth and father (Chang-ho Ahn).

Korean culture will acknowledge condolence cards and offerings.  In Korean culture you may wear navy blues or whites.  A yellow narigae will be worn by the ladies and girls of the family.

To send flowers to the family or plant a tree in memory of Sungil Ahn, please visit Tribute Store
Thursday
8
September